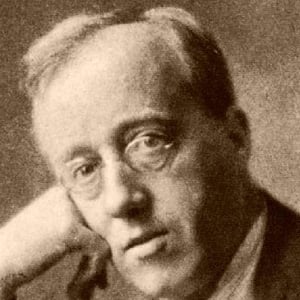 English composer best known for "The Planets," his orchestral suite written between 1914 and 1916. His music fell into obscurity following his death, but was rediscovered in the 1980s.

His father suggested that he learn to play the trombone at age 12 to help with his asthma. He was trained by Charles Villiers Stanford at the Royal College of Music.

He was a lifelong friend of fellow English composer Ralph Vaughan Williams.

He was preceded by three generations of musicians in his family. He married his wife Isobel in 1901.

He set music to the poetry of Walt Whitman.

Gustav Holst Is A Member Of