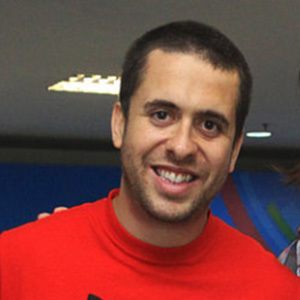 Brazilian comedian and presenter who is known for his stand-up work, screenwriting, and acting roles as well. He is best recognized for his own Netflix special Do Not Take Seriously which was released in 2015.

He graduated with his degree in advertising and began his work as a comedian in 2007. In 2010, he started writing for the series Legendarios where he also played the character Clovis Cliche. That same year he also released the book And If the Stand-up Turned Book?.

He is also known for his web series work and has appeared on the programs Haters, Eliticamente Talking, and the Tosco Show.

He starred alongside Bruna Lombardi and Bruno Garcia in the 2011 feature film Where is Happiness?.

Maurício Meirelles Is A Member Of