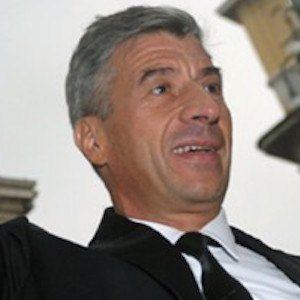 Italian sculptor whose most famous piece "The Ninth Hour" showed Pope John Paul II being hit by a meteorite.

He spent the 1980s studying design in Italy and working as a carpenter.

He was born and raised in Italy, where he had his big break as a satirical sculptor. His 2010 sculpture "Britney" was a nude of his wife.

He once created and wore a costume that featured the massive, sculpted head of Pablo Picasso.

Maurizio Cattelan Is A Member Of