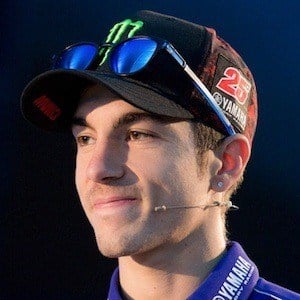 He was born in Figueres and began racing minimotos at age three.

He announced that he would be moving up to the MotoGP class for the 2015 season.

His cousin Isaac has also raced in Moto3.

He and fellow Spaniard Marc Marquez are both Moto3 World Champions.

Maverick Vinales Is A Member Of