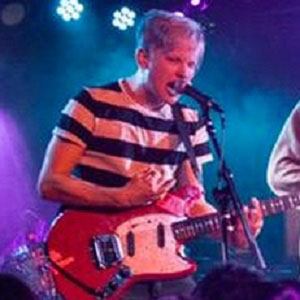 Lead guitarist and backing vocalist of the beach punk rock band SWMRS, formerly known as Emily's Army.  The band went through several name changes. They changed their name in 2008 to The Clocks, then to Emily's Army in 2009, before changing to Swmrs in 2015.

His brother Cole Becker and Joey Armstrong founded a band called The Raining Souls in 2004 and brought Max aboard to play bass.

The name change to Emily's Army occurred in honor of his and his brother's cousin Emily, who had Cystic Fibrosis. Their goal was to raise awareness and funds for research.

In addition to Cole, he also has an older sister and another brother named Cade.

Swmrs released their first studio album, which was recorded under close tutelage of Green Day's Billie Joe Armstrong, in 2011.

Max Becker Is A Member Of