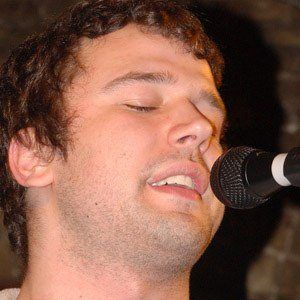 Lead singer of the rock band Say Anything, known for the song "Alive With the Glory of Love" and the album ...Is A Real Boy. He also collaborated with Chris Conley of Saves the Day in the supergroup Two Tongues.

He briefly attended Sarah Lawrence College, but left in order to pursue music.

He created an imprint label named Rory Records in 2012.

He has four children named Lucy, Coraline, Charles, and Ellis with musician Sherri Dupree, whom he married in 2009.

He worked on a cover of "Today," originally sung by The Smashing Pumpkins frontman Billy Corgan.

Max Bemis Is A Member Of