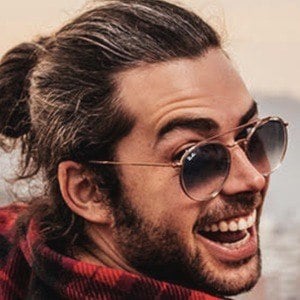 Chef who finished as the runner-up on the 2016 edition of MasterChef Chile. He later opened his own restaurant in Santiago and began hosting the show Pan Comido on the television network Mega.

He studied civil engineering in college.

He is known for being a pizza connoisseur, sharing some of Chile's best pizza on his self-titled blog as well as his popular Instagram account.

He became an uncle in 2018 with the birth of his niece, Antonia.

He was judged by Chris Carpentier on MasterChef Chile.

Max Cabezón Is A Member Of