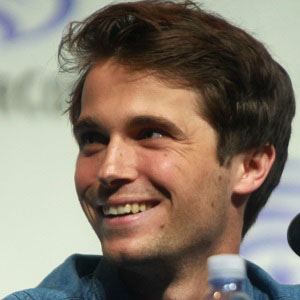 English actor best known for his roles in the films I, Anna and Summer in February.

One of his earliest roles was in the 2008 Daniel Craig film Flashbacks of a Fool, about an aging actor who is forced to re-examine his life after the death of a friend.

His first Tweet ever was a 2011 shout out to rapper Yelawolf. He is also a fan of rapper Kendrick Lamar, having seen him in concert in July 2015.

He has a brother named Ollie.

In 2015, he appeared in the thriller Take Down alongside Gossip Girl bad boy, English actor Ed Westwick.

Max Deacon Is A Member Of