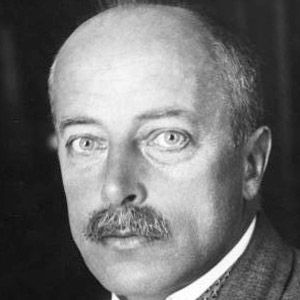 Remembered for his contributions to the study of crystallography, he earned the 1914 Nobel Prize in Physics for his discovery that crystals could cause the diffraction of X-rays. He also contributed to quantum theory, the theory of relativity, and the physics sub-fields of optics and super conductivity.

During the 1930s, he was a vocal opponent of Nazism and played a key role in arranging the emigration of fellow German scientists who had been sanctioned or otherwise negatively affected by the strengthening regime.

He was born in Pfaffendorf, Germany, to Minna Zerrenner and Julius Laue.

From 1906 to 1909, he served as a research assistant to acclaimed physicist Max Planck. Nearly three decades later, he received the prestigious Max Planck Medal.

Max Von Laue Is A Member Of