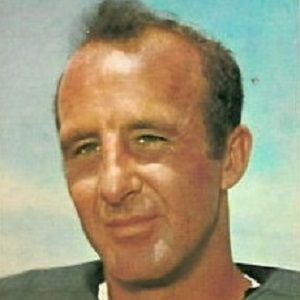 Former NFL wide receiver who won five NFL Championships with the Green Bay Packers during his twelve-year run with the team. He was named to the Pro Bowl in 1961.

He had siblings named Bobby, Deward and Joe.

Max McGee Is A Member Of