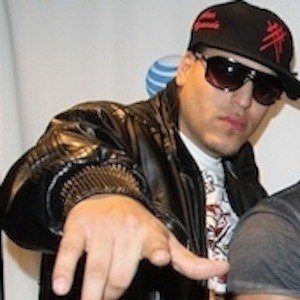 Also known as Max Agende or El Trueno, he is a bassist formerly of the bachata group Aventura who later joined a group called Vena.

He first started playing the bass as a 12-year-old.

He has performed as a rapper on the Aventura song called "Don't Waste My Time" from the album Love & Hate, and was featured on the Nina Sky song "You're Lying."

He performed in Aventura, Vena and in a group called D'Element with his brother Lenny Santos.

Romeo Santos was a band mate of his while in Aventura.

Max Santos Is A Member Of