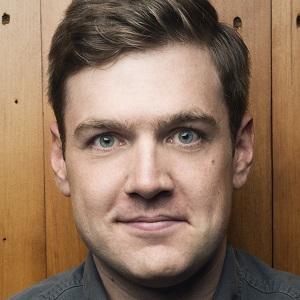 Named one of the "Ten Comedians People Find Funny" by New York Magazine and listed as a top 10 favorite comedian by Paste Magazine, he is a writer and actor who hosts the weekly live show Big Terrific along with Jenny Slate and Gabe Liedman.

His stand-up career helped him work as a writer on FUSE's Funny or Die Presents: Billy on The Street and Comedy Central's Onion SportsDome. He has also appeared on VH1 and History Channel.

He regularly contributes to Eater, Food & Wine Magazine, GQ, and Grantland. He landed a hosting gig on the FYI series The Feed, alongside Top Chef's Gail Simmons and Marcus Samuelsson.

He was born in New Jersey but is based out of Brooklyn, New York.

He has opened for comics such as Aziz Ansari and John Mulaney.

Max Silvestri Is A Member Of