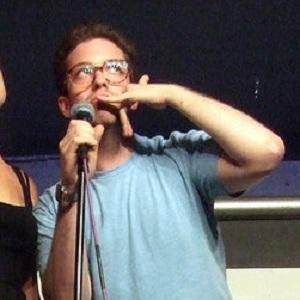 Writer and comedian who released a debut comedy album called Hiyeeee!! He has writing credits on the television comedies Brooklyn Nine-Nine, Kroll Show , Billy on the Street and Inside Amy Schumer.

He was a panelist on the show Big Morning Buzz Live with Carrie Keagan in 2011.

He was a guest on Marc Maron's podcast, WTF.

He moved from Brooklyn, New York to Los Angeles, California.

He is part of the comedy duo Gabe & Jenny with Jenny Slate. He played Joey opposite Slate in the 2014 film Obvious Child.

Gabe Liedman Is A Member Of