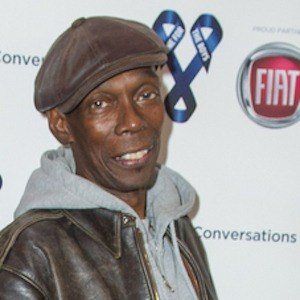 Soul singer/songwriter who is best known for his work with the English electronica band Faithless. In 2015, he embarked upon a new project titled Maxi Jazz & The E-Type Boys.

In 1984, he began DJing a pirate radio station.

As an avid fan of car racing he competed in the Porsche Carrera Cup GB in 2007.

He collaborated with pop singer Robbie Williams on the single "My Culture."

Maxi Jazz Is A Member Of