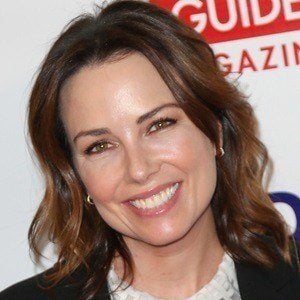 Most well known for the Canadian police drama 19-2, she rose to fame in the United States when she was cast as Jocelyn Fray in the ABC Family adaptation of the Mortal Instrument novels.

Her first film credit was in the 1992 drama Coyote but he breakthrough role was the lead in the 1993 series Au nom du Pere et du Fils.

She has performed on the stage as well as the screen with roles in plays like L'Affaire Tartuffe.

She is from Riguad, Quebec. She has three siblings named Gilder, Yvon, and Luc.

She played opposite Ron Livingston and Malik Yoba in the science fiction series Defying Gravity.

Maxim Roy Is A Member Of