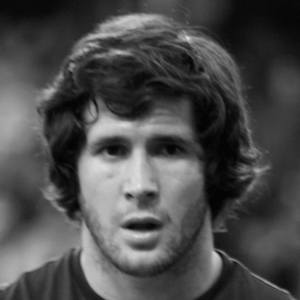 Rugby union scrum-half who is famous for his career playing for French Top 14 club Racing 92. He helped lead the club to the runner-up finish in the Top 14 playoffs.

He made his professional rugby union debut in 2007 for the Bordeaux Eagles.

He earned his first cap for the French national rugby union squad in 2012. He scored his first international try during the club's 2012 tour of Argentina.

He was originally born and raised in Bordeaux, France.

He and Wesley Fofana both debuted for the French national rugby union squad in 2012.

Maxime Machenaud Is A Member Of