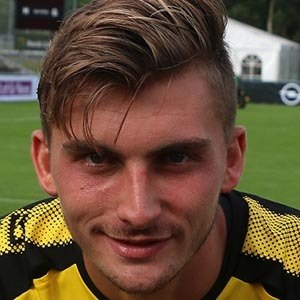 German soccer player who signed a five year contract with Borussia Dortmund in 2017. He plays as a forward.

His career began playing for Hertha BSC, his hometown club.

He made his UEFA Champions League debut in 2017 against Real Madrid.

He is very close with his mother, and frequently posts photos with her to Instagram.

On September 24, 2017, he posted a photo of him and teammate Pierre-Emerick Aubameyang hugging mid-game.

Maximilian Philipp Is A Member Of