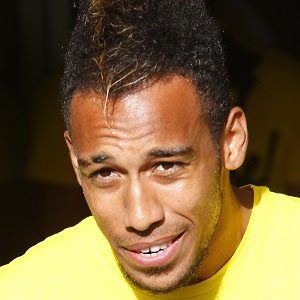 Striker who joined the Gabon national team in 2009 and made his professional debut in 2008 with AC Milan. He also played for Saint-Etienne and Borussia Dortmund before joining Arsenal FC in 2018.

His father Pierre Aubameyang played professional soccer as a defender. His two older brothers are soccer players as well.

He played alongside midfielder Massimo Ambrosini on Milan.

Pierre-Emerick Aubameyang Is A Member Of