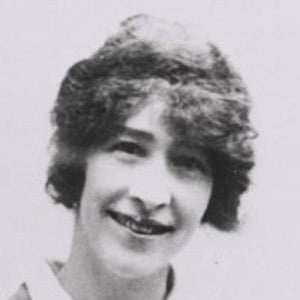 Best remembered for her Snugglepot and Cuddlepie series of children's books, this Australian writer and illustrator created the famous "gumnut babies" characters. Her later works include Bib and Bub: Their Adventures and Scotty in Gumnut Land.

In the early years of the Twentieth Century, she began working for Perth, Australia's Western Mail newspaper. She later lived in the United Kingdom for nearly a decade, devoting herself to the study of art and publishing her debut book, About Us.

She penned two popular Australian comic strips: Bib and Bub (which ran from the 1920s through the late 1960s) and the shorter-lived Tiggy Touchwood (which was published from 1925 until 1931).

Born Cecilia May Gibbs in Kent, England, she spent the majority of her childhood in Western Australia. In 1919, she married miner Bertram James Ossoli Kelly.

Like Alison Lester, she was a popular Australian children's author.

May Gibbs Is A Member Of