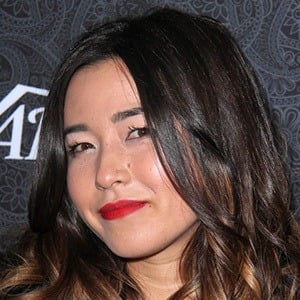 Co-creator and co-star of the Hulu comedy series PEN15 who plays a 13-year old version of herself in the series. She is also known for roles in Man Seeking Woman and Betas, and has held recurring roles in Insecure and Casual.

She graduated from Los Angeles County High School for the Arts and then New York University's Tisch School of the Arts.

She played the part of Wanda in the 2015 film Frankenstein. She was featured in Netflix's Michael Bolton's Big, Sexy Valentine's Day Special.

Her mother is Japanese and her father is jazz drummer Peter Erskine. In 2020, she became engaged to Michael Angarano, with whom she has a son named Leon Frederick.

She co-created PEN15 with co-star Anna Konkle and also performs alongside Melora Walters in the series.

Maya Erskine Is A Member Of