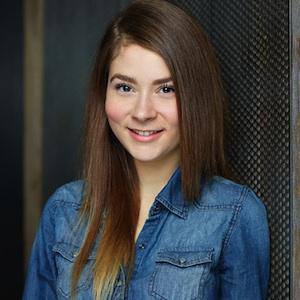 Canadian actress who starred in the 2006 TV movie Molly: An American Girl on the Home Front. She also appeared in the 2012 film Margarita.

She booked her first commercial role in the mid-2000s and shortly thereafter played Zelly in the 2007 movie Finn's Girl.

She played Eleanor in a 2007 TV movie called Holiday Switch.

She was born in Kelowna, British Columbia. Her parents helped her sign with a Toronto-based talent agency when she was still a child.

She appeared in The Capture of the Green River Killer, a TV movie about the infamous serial killer Gary Ridgway.

Maya Ritter Is A Member Of