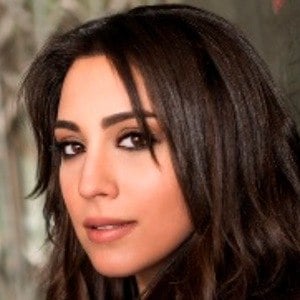 Singer who was a nominated for a Grammy for her cover of Jefferson Airplane's "White Rabbit" from the American Hustle soundtrack. She has collaborated with Arab musicians like Simon Shaheen and toured with prestigious groups like the Berklee World Strings Orchestra.

She moved to Boston, Massachusetts in 2007 and graduated from the prestigious Berklee College of Music in 2012.

She recorded a cover of "Comfortably Numb" featuring Scott Page from Pink Floyd.

She and Donna Summer were both featured on the American Hustle soundtrack.

Mayssa Karaa Is A Member Of