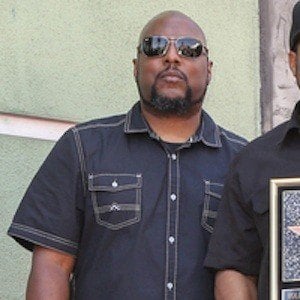 Compton rapper who was a member of the iconic late '80s/early '90s gangster rap group NWA. After the group disbanded in 1991, he released several moderately successful solo records, including Shock The Hour and The Villain in Black.

He wanted to join the army before becoming a rapper but changed his mind after seeing Stanley Kubrick's Full Metal Jacket.

He converted to Islam in the early 1990s.

He married Yaasamen Alaa in 1993. He has five children.

MC Ren Is A Member Of