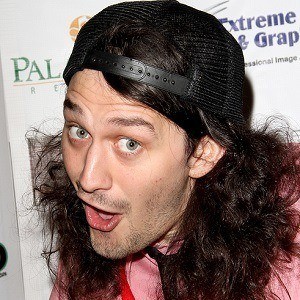 Reality TV star known for his time on Big Brother 15. During his time on the show, he won Head of Household twice and Power of Veto three times, but was ultimately eliminated in fourth place.

He worked delivering pizzas prior to appearing on the show.

He's an avid video game player, listing Super Smash Bros. as his favorite game. He has a Twitch channel under the name Chumlord.

He grew up in Oak Grove, MN with his sister Morgan.

He and Amanda Zuckerman were romantically involved on the show, but they cut things off after its conclusion.

McCrae Olson Is A Member Of