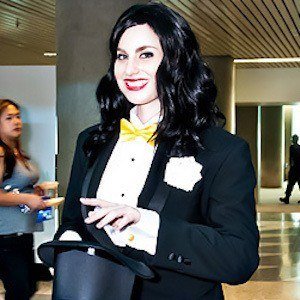 Community manager at Crystal Dynamics, a leading video game company, and cosplayer who gained fame via social media through her love of all things gaming.

She attended the University of Minnesota, graduating in 2008, and followed up by becoming an associate editor at Game Informer. As of 2015 she oversees the Tomb Raider franchise; the game that got her into gaming.

Prior to working for Crystal Dynamics, she worked for Riot Games, maker of the hugely popular arena battle game League of Legends.

She was born in Redwood City, CA.

Meagan Marie Is A Member Of