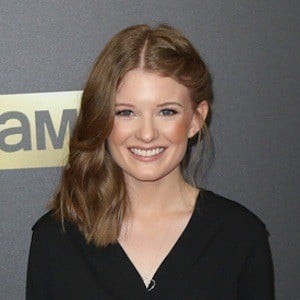 Actress who first entered the limelight through her leading role as Mary Woodhull on the AMC period drama Turn: Washington's Spies. In 2017, she began playing Rapunzel on the fantasy series Once Upon a Time.

She graduated from the Screenwise Film & TV School for Actors in Sydney, Australia.

She was nominated for Best Actress at the FilmQuest Film Festival for her performance in the horror film The Caretaker (2016).

She has younger sisters and an older brother.

She was cast alongside Ginnifer Goodwin on Once Upon a Time.

Meegan Warner Is A Member Of