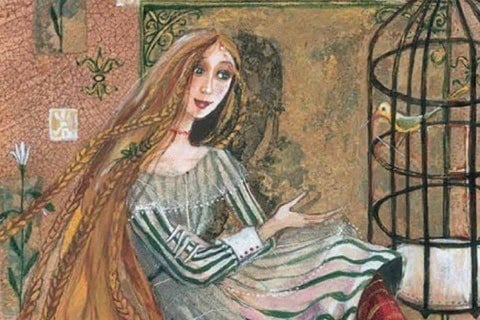 Princess known for spending her entire life alone in a tower until a prince comes. She lets her long blonde hair down for him to climb it up to her.

Details of her character are based on the story of the early Christian Greek saint and martyr Saint Barbara, whose father kept her locked in a tower to protect her from the outside world.