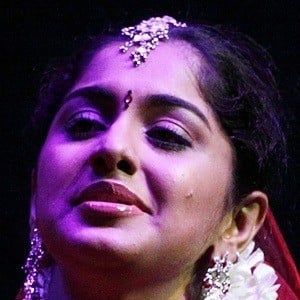 Actress known for her roles in such films as the 2008 Malayalam feature Mulla and the 2009 Tamil film Valmiki. She is also a model and a radio jockey.

She got her degree in English literature from St. Teresa's College.

She was chosen as an anchor for Idea Star Singer after auditioning as a competitor.

Her parents are named Nanadakumar and Maya. She also has a younger brother named Arjun.

She appeared alongside Biju Menon in Mulla.

Meera Nandan Is A Member Of