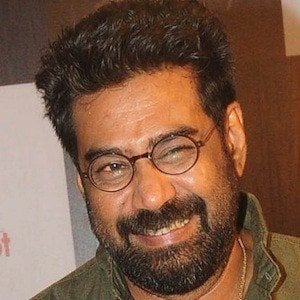 Known for his supporting roles in numerous Malayalam films, he received 1997 and 2010 Kerala State Film Awards for his performances in, respectively, Krishnagudiyil Oru Pranayakalathu (as Akhilachandran) and T.D. Dasan Std. VI B (as Nanda Kumar). He went on to earn 2010 and 2012 Filmfare Awards for his roles in Marykkundoru Kunjaadu and Ordinary.

Early in his career, he appeared in such Indian television series as Mikhayelinte Santhathikal and Ningalude Swantham Chanthu. His first film role was as Alosys in the 1995 movie Puthran.

He appeared in numerous films directed by Lal Jose.

He and his four brothers grew up in Kerala, India. He and his wife and Meghamalhar co-star, Samyuktha Varma, welcomed a son named Daksh Dharmik in 2006.

He appeared with Kunchacko Boban in a 2011 film titled Seniors.

Biju Menon Is A Member Of