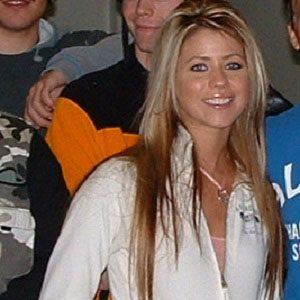 Reality show contestant and model who appeared on the couples edition of the series Fear Factor in 2004. After competing on the show, she posed for Playboy, was interviewed by Howard Stern and appeared on the NBC reality show Momma's Boys.

She was born in Meadville, Pennsylvania.

She was Playboy Cyber Club's Cyber Girl of the Month for January 2008.

She married NBA player Devin Harris; they have three daughters together.

She found fame as a contestant on the NBC reality show Fear Factor, hosted by comedian and UFC commentator Joe Rogan.

Meghan Allen Is A Member Of