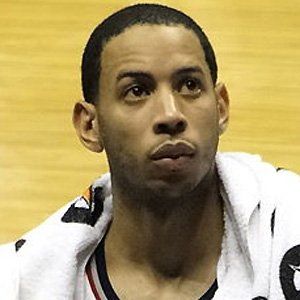 NBA point guard who was traded to the Atlanta Hawks in 2012 after spending a season with the Utah Jazz.

He was named Big Ten Player of the Year during his senior year at the University of Wisconsin.

He had his best individual season in 2008-09 when he was named to his only All-Star game as a member of the New Jersey Nets.

He was teammates with star power forward Dirk Nowitzki on the Dallas Mavericks from 2004 to 2008.

Devin Harris Is A Member Of