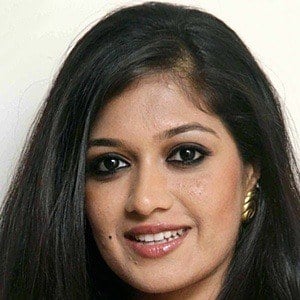 Indian actress most famous for he performances in Malayalam and Kannada films, including 2011's Beautiful, 2013's Memories and 2014's 100 Degree Celsius. Her role in the film Punda earned her a Suvarna Film Award for Best Debut Actress.

She earned a bachelor's degree in psychology from Christ University, Bangalore. She made her acting debut in 2009's Bendu Apparao R.M.P.

She placed tenth on The Bangalore Times' Most Desirable

Her parents are actors Sundar Raj and Pramila Joshai. She was married to actor Chirru Sarja.

She co-starred with Parul Yadav in the 2015 romantic thriller Aatagara.

Meghana Raj Is A Member Of