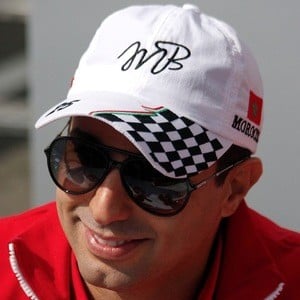 Professional racing driver known for competing in World Touring Car Championships with the Sebastien Loeb Racing team. He is known for having won several honors and awards including the WTCC Independents' Trophy in 2016.

He began his career with karting and won the national championship in 2001. He moved up to the single seater Formula BMW Asia in 2004. In May of 2009, he competed in the World Touring Car Championship in the Race of Morocco.

He is known for having been the first Moroccan driver to win a world championship race organized by the FIA after he won the Shanghai WTCC.

He was born and raised in Fez, Morocco.

He was on a team with Tom Chilton in 2016 as a part of the Sebastien Loeb Racing team.

Mehdi Bennani Is A Member Of