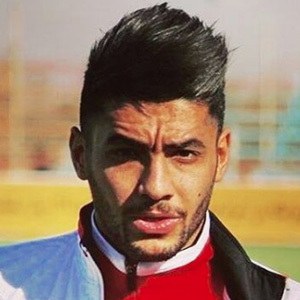 Winger who has had great success as a member of the Iranian clubs Sepahan SC and Tractor Sazi, with whom he won Hazfi Cup titles. He debuted with Iran's senior national squad in 2014.

He joined the Zob Ahan youth team at age 9 and transferred to Sepahan Novin at age 15.

He was the top goalscorer at the 2017-18 Hazfi Cup tournament.

He was born in Iran.

He has been teammates with Jalal Hosseini on Persepolis FC.

Mehdi Sharifi Is A Member Of