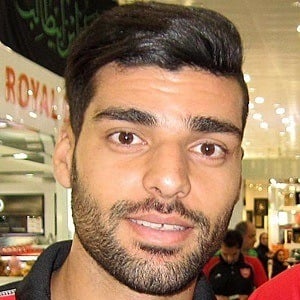 Professional soccer player who is recognized for playing the striker position for both the Persian Gulf Pro League club Persepolis and the Iranian national team. During the 2016-2017 season he scored a total of 24 points for Persepolis.

He began his career as a member of the Bargh Bushehr's Academey.

He made his international debut in a 2015 match against Uzbekistan.

He is the son of Alireza Taremi and he has a brother named Mohammad Taremi.

Both he and Masoud Shojaei played for the Iranian national soccer team.

Mehdi Taremi Is A Member Of