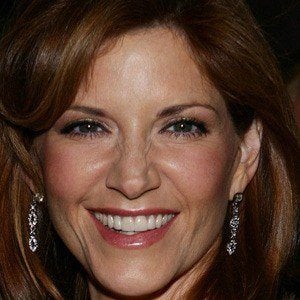 Famous for her roles in the 1998 comedy feature Wrongfully Accused; the 1997 thriller Albino Alligator; and the 2000 movie Nutty Professor II: The Klumps, McGraw is also notable for her television roles in Soul Man; The Pursuit of Happiness; and Living in Captivity.

She performed with the Boston Children's Theater during her early years and went on to study at both Bennington College (in Vermont) and the Royal Academy of Dramatic Art (in England). After beginning her acting career in London's West End theatre scene, she was cast in the ABC series The Commish.

Apart from her acting career, she performed with an American folk music band called Jambo.

The daughter of an American diplomat, she spent her early days in Cyprus and the bulk of her childhood in Massachusetts, U.S.A. Her marriage to musician Steve Pierson began in 2000 and produced a daughter named Lucy.

She and her one-time boyfriend Nicholas Lea both played recurring roles (as Melissa Scully and Alex Krycek, respectively) on the hit science-fiction series The X-Files.

Melinda McGraw Is A Member Of