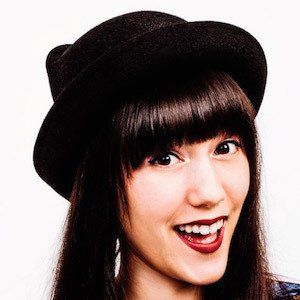 Content creator behind the YouTube channel BreedingUnicorns; where her DIY tutorials have earned her more than 130,000 subscribers. She is also a fashion designer with a brand called Mademoiselle Opossum, designing colorful dresses and jewelry.

She worked as an assistant for fashion and design before starting her own business in 2013.

She won the competition "Your Turn - the video creator competition" in 2015. She has also hosted the Top 100 on VIVA.

She was born and raised in Berlin, Germany.

Melissa Lee Is A Member Of