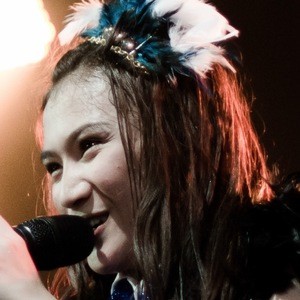 Pop singer who was appointed as the general manager of the group JKT48. This was announced at the JKT48 2nd Anniversary Live in Concert Evening Show. She has over 800,000 followers on her melodylaksani92 Instagram account.

She graduated from Padjadjaran University Bandung's Department of Agriculture in 2011.

She was the first JKT48 member to have a solo photobook. Her's was entitled Melody SUGAO - The Natural Face of Melody.

She and Natalia JKT48 have both been members of JKT48.