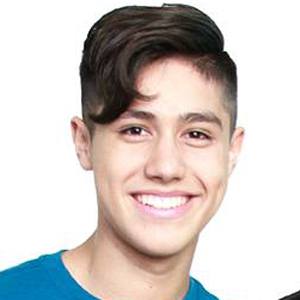 Mexican singer-songwriter making up one third of the boy band Layl. The group became known in January 2017 for their debut single "No He Cambiado."

Popular on social media, he has more than 50,000 fans just on Instagram.

He hails from Tijuana, Mexico.

He is friends with a number of fellow Latino stars from Juanpa Zurita to Sebastian Villalobos.

Menny Flores Is A Member Of