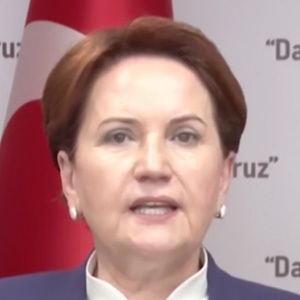 She studied History at Istanbul University and earned her PhD in history from Marmara University. She started her career as a lecturer at Universities before she left in 1994 to enter politics and run as Deputy of Istanbul Province with the True Path Party.

She was a Presidential candidate during the 2018 election after having formed her own political party.

She was born and raised in Izmit, Turkey and in 1980, she married Tuncer Aksener. Together they have one child.

She split with MHP leadership in 2016 after Recep Tayyip Erdogan announced his bid to transform Turkey's constitution.

Meral Akşener Is A Member Of