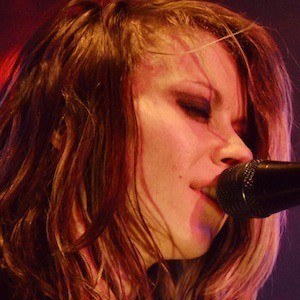 Lead singer and guitarist of the pop punk band Courage My Love and occasional actress in films and television. Courage My Love's debut album Becoming was released in March 2015. She became extremely popular on social media, as it was the band's main marketing platform pre-release.

She founded the band in 2009 with her twin sister, while living in Kitchener, Canada, and they were discovered after competing at a Battle of the Bands. In 2012 they were named as one of the Top 100 Bands You Need to Know by Alternative Press Magazine. In August 2013 they were were on the cover of Canadian Musician magazine and in 2014 they were nominated for a Juno Award as the Best Breakthrough Group of The Year.

Her twin sister, Phoenix Arn-Horn, is the drummer and back-up vocalist in Courage My Love.

Her bandmate and Courage My Love bassist is Brandon Lockwood, who replaced former member David Blake-Dickson.

Mercedes Arn-Horn Is A Member Of