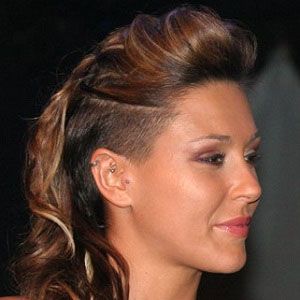 Both a television host and a model, Romero is particularly known as a presenter of the Portuguese programs Uma Boa Aposta and Factor M. She is, however, perhaps most famous as the one-time girlfriend of Real Madrid and Manchester United footballer .

Early in her entertainment career, she acted in the Portuguese television series Lua Vermelha.

In a 2006 interview on the Portuguese program So Visto!, she revealed that her relationship with Ronaldo had come to an end.

Born in the Principality of Andorra to a family of Portuguese and Spanish heritage, she later settled in Portugal. Following her divorce from Paulo Pamplona, she entered a relationship with To Pereira and gave birth to a son named Antonio (born in 2011).

She and Teresa Guilherme both had television hosting careers in Portugal.

Merche Romero Is A Member Of