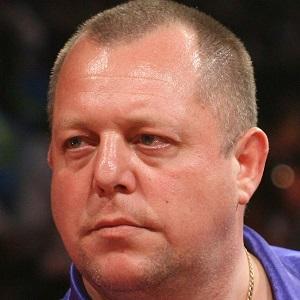 He began playing darts at the age of 12 with his father.

He became known for his petty complaints during matches such as false accusations about measurements and air conditions.

He competed against Martin Adams at the professional level.

Mervyn King Is A Member Of