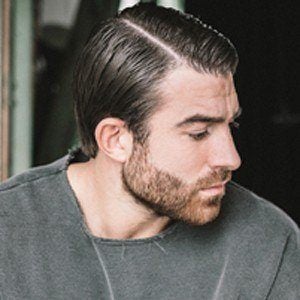 German-Turkish rapper who rose to fame from his album Challenge, including popular hits such as "Challenge" and "False Friends." He's also known for his album Ultraviolett

He first made a name for himself with his hit "Kampfansage" in 2006.

His song "Valentina" surpassed two million hits and was nominated for the Webvideopreis 2015.

He was born David Hansel in Osnabruck, Germany, to a Turkish mother and a Russian father. His father was absent most of his childhood.

He and Fuchs are both Turkish rappers who were both in Germany.

metrickz Is A Member Of