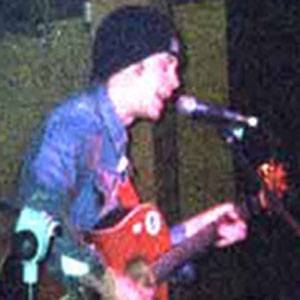 American-born Irish singer. He founded a band called The Mary Janes and recorded his debut solo album, Skylarkin', shortly before his untimely death.

He and The Mary Janes recorded their first album, Bored Of Their Laughing, in the 1990s.

He died at the age of thirty-two after slipping on steps and suffering a coma-inducing head injury.

He was born in New York City to Irish parents, and he returned to his family's native country when he was three years old.

Fellow Irish singer Damien Rice dedicated one of his albums to Christopher.

Mic Christopher Is A Member Of