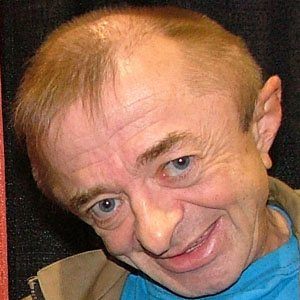 After becoming famous for his four-episode role as "The Man from Another Place" in the popular ABC series Twin Peaks, Anderson starred as Samson Leonhart on HBO's Carnivàle. His other television credits include guest spots on Picket Fences, The X-Files, and Charmed.

Before becoming an actor, he worked in NASA's computer-based ground support division.

As a result of a bone disorder known as osteogenesis imperfecta, he grew to an adult height of only 3 feet and seven inches tall.

After appearing in David Lynch's Twin Peaks, Anderson was cast in another Lynch project, Mulholland Drive.

Michael J Anderson Is A Member Of