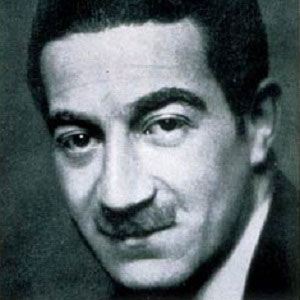 After briefly studying medicine at the University of Edinburgh, he published his first work, The London Venture, in 1920.

His work The Green Hat was adapted into a play starring Katharine Cornell (on Broadway) and Tallulah Bankhead (on London's West End), as well as into a silent Hollywood feature starring Greta Garbo.

Born Dikran Kouyoumdjian to Armenian parents, he spent his youth in Bulgaria and England and grew up with older siblings named Ahavni, Roupen, Takvor, and Krikor. His marriage to Countess Atalanta Mercati produced children named Michael and Venetia.

In 1956, Arlen's thriller The Gentleman from America was adapted into an episode of Alfred Hitchcock Presents.

Michael Arlen Is A Member Of