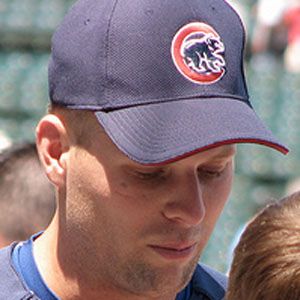 Catcher who played for four MLB teams from 1998 to 2009; won a Silver Slugger Award while playing with the Chicago Cubs in 2005.

He was a first-team high school All-American before being selected in the first round of the MLB Draft out of high school.

He married Stephanie Barrett and raised two children with her, Grace and Andrew.

He famously received a ten-game suspension for starting a fight with fellow catcher A.J. Pierzynski.

Michael Barrett Is A Member Of