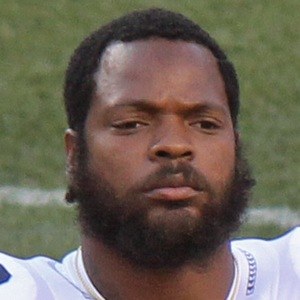 Defensive end best known for his years with the Tampa Bay Buccaneers and Seattle Seahawks. He won Super Bowl XLVIII as a member of the Seahawks in 2014.

He was an honorable mention All-Big 12 selection at Texas A&M.

He rode around Century Link Field on a police bicycle following the Seahawks' miracle win versus the Green Bay Packers in the NFC Championship Game.

Michael Bennett Is A Member Of