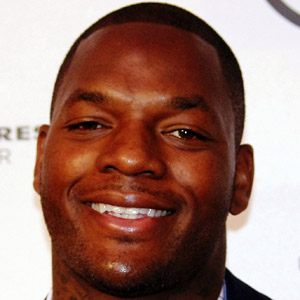 6'6" tight end who made his NFL debut in 2008 for the Dallas Cowboys. He won Super Bowl LI as a member of the New England Patriots in 2017. He also previously played for the New York Giants and the Chicago Bears.

He was a standout player at Texas A&M University, where he made second-team All-Big 12 in 2006.

He was selected 61st overall in the 2008 NFL Draft by the Cowboys.

In 2011, he married Siggi Walker. His brother is fellow NFL player Michael Bennett.

During his days in Dallas, he was a backup to Jason Witten.

Martellus Bennett Is A Member Of